A way to lower post-prandial hyperglycemia

A way to lower post-prandial hyperglycemia

Post-prandial simply means “after eating food”. This is a time when blood glucose rises as food is digested and glucose is released into the bloodstream. In some people, blood glucose can reach too high a concentration during this time: hyperglycemia. One suggested method to lower post-prandial hyperglycemia is to pat attention to the order in which you eat each food group at mealtimes. Start with meat and vegetables then have carbohydrates later.

In one study people with type 2 diabetes were divided into three groups to investigate what effect the order in which food groups were consumed had on post-prandial blood glucose: Each group consumed identical meals but the contents were consumed in different orders. The results showed that 3 hours after eating, blood glucose levels of the second group were 50% lower than those of the first group. They were also 40% lower than the third group. These results indicated that the dietary fibre contained in vegetables and the protein contained in the meat may act to delay the digestion of carbohydrates and reduce spikes in glucose. If you are struggling to prevent post-prandial spikes in blood glucose, consider changing the order in which you eat each food group. 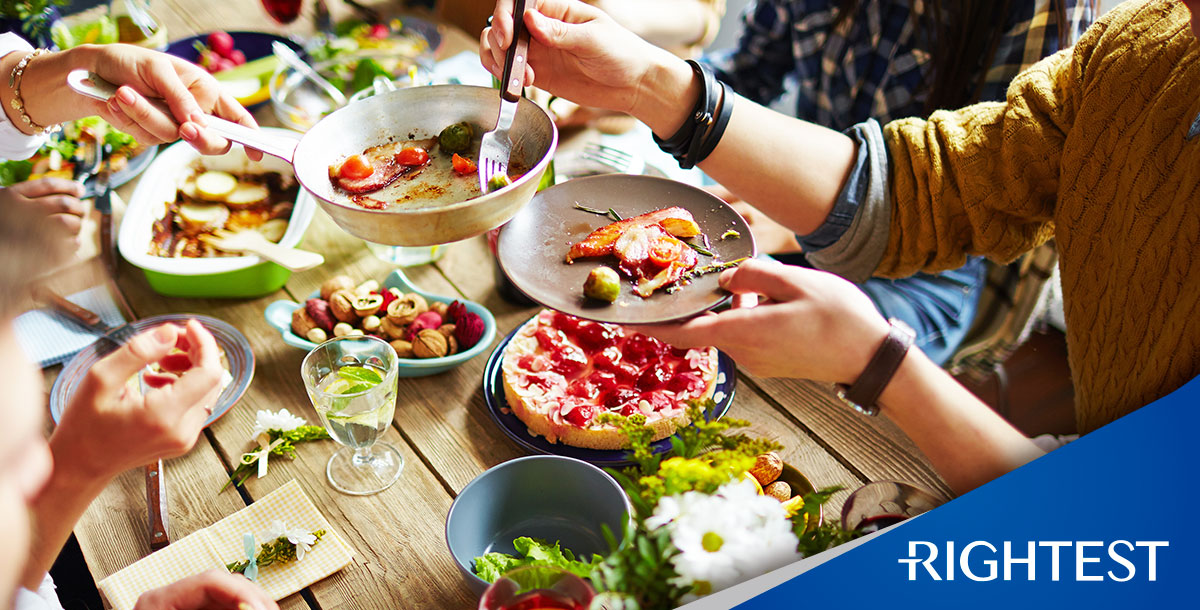